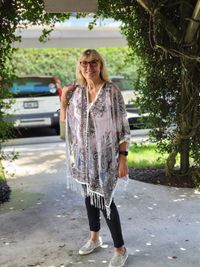 Starting in 1998, a series of God-driven events led Carlene back to her true self through the people of Immokalee, Florida. She has written two books about the community: Immokalee's Fields of Hope and Called From Silence: The Father Sanders Novel. Carlene also has written several songs that were inspired by her work there, and will sing them for us at the luncheon. Carlene is still working part-time at the University of Florida in Immokalee, teaching and developing courses to educate the supervisors of farm workers on the laws that keep farm workers safe and in a fair work environment.

She has three more books in progress about Immokalee. The one that is closest to publication will be called Harvest of Dreams, stories of the children of the farm workers who have gotten educations and advanced degrees so they no longer have to work in the fields. The other two are Black Immokalee, the stories of American Black people who lived on the south side on segregated Immokalee; and The Haitian Kids, about 10 young people she has loved and mentored for 21 years.